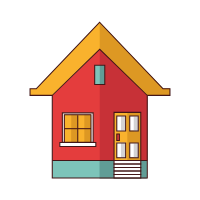 Why do you need a strong roof on your home? To support Santa's sleigh, of course! In a more realistic sense, however, a strong roof is important for your home's protection. It keeps the wind and rain outside, and it also insulates your home against the chill of winter and the heat of summer. Most people think of roofs as being made from shingles, but roofers can make a strong roof from slate, tile, metal, or an array of other materials, too. We hope that as you read this roofing blog, you gain a lot of knowledge about the profession and about roofs in general.

If your spray foam roof is maintained well, it cou …

Should You Replace Your Roof Before Listing Your Home?
13 January 2023

Selling your home can be an uphill climb. First, t …

If you have been contemplating getting a new roof …

How To Tell Your Roof Needs Repair
5 January 2023

Most people don't give their roofs much notice until something goes wrong with them, but if you look up one day and notice that a patch is sagging, you might be concerned. After all, a roof should always appear stiff and level, so a sagging patch can't be a good sign, right? You're absolutely correct. Sagging is a real problem for roofs. Here's what you should know about it.

Sagging tends to happen after a roof has already been damaged, unfortunately.

Sagging usually happens after some roof shingles have been lost, so if you've seen any of those lying around or notice that some look loose on the roof, that's likely to blame. However, in rare instances it can happen without losing shingles, too.

The sagging begins when the part of the roof under the shingles experiences water damage. Essentially, a portion of the roof is starting to break down and is sagging because the wood is no longer stiff and standing up on its own.

What It Means For the Future

For now, your roof may hold up during rain storms or other weather events. However, it's not going to last. If your roof is already water damaged then it's only a matter of time before it either collapses entirely or starts leaking into your house when rainy weather hits. So the best thing you can do right now is to contact a roofer and get help before that happens. It could make a big difference in how long your roof repair takes and how much it costs, too.

When you contact a roofer, they'll come out as soon as possible to inspect your roof. They'll look first at the sagging area that you point out to them, but they'll examine the entire roof to see if there are any other areas of damage as well. If they find any, they'll mark down the damage and may even take a photo of it to show you.

From there, you need to agree to having your roof repaired or outright replaced. You can temporarily extend the life of your roof by covering it with a tarp, but this is an emergency short-term solution that won't help you in the long run. Simply being exposed to moisture is going to continue damaging your roof, so even covering it isn't going to save it at this point.

Your roofer will offer you an estimate of how long it will take to repair the roof as well as how much it will cost. Now's the time to say yes instead of putting it off into the future.